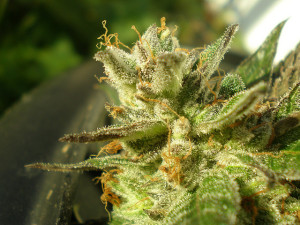 This Tuesday, voters in two U.S. states and one district passed measures to legalize recreational marijuana. Many say Washington and Colorado helped pave the way by being the first two states to legalize marijuana at the recreational level. Cannabis stores like Green Life in Wenatchee serve as an example to other states on how marijuana stores should be owned and operated. Many of the laws in Washington and Colorado were mimicked in the new legislation found in Oregon, Washington D.C. and Alaska.

Pro-marijuana activists say the recent legalizations are a huge success for the movement. While Oregon voters were expected to pass the measure, Alaska and Washington D.C. came as unexpected, but pleasant surprises. There are now four states and one district that have legalized marijuana for recreational stores.

With more and more states moving toward complete legalization of marijuana, rather than only providing legalization at the medicinal level, it draws more attention on the federal government to reevaluate their classification of the drug. Marijuana is currently classified as a schedule I drug, making it highly illegal federally. Pro-marijuana activists, researchers and doctors are hoping the drug will be moved to schedule II classification as more states adopt legalization procedures. This would make marijuana research more possible at Universities and facilities that are regulated by federal law. It could help the medical industry uncover hidden secrets behind marijuana and its ability to treat seizures, chronic pain, glaucoma and many other conditions. It’s currently used in 24 states for treating qualifying conditions and studies show over 90% of patients are satisfied with their treatment.

The legalization of marijuana and the success of the industry will dictate how quickly things spread to other states. With Washington state having a very slow start in recreational sales, there is plenty room for improvement. As production and sales improves, tax revenue will entice more states to consider similar policies.

Medical marijuana has helped considerably with pro-marijuana movements. As the drug is used as a treatment option and continues to help with serious conditions like seizure causing disorders, it proves its value in the medical industry.

Green Life Cannabis in Wenatchee hopes to serve its part in the spread to other states. With Washington State at the cusp of marijuana legalization, there is potential for this region of the country to showcase the benefits and positive impact that marijuana legalization can have. Many opponents to marijuana claim that crime rates are higher and illegal drug sales sky rocket in areas where marijuana is easily obtainable. This theory can be disproven by studying the effect of recreational marijuana in Washington, Colorado and Oregon. Early research indicates opponents are using invalid data to justify their claims. Crime rates in Washington have shown no indication of increasing since marijuana’s legalization. In fact, research has shown a reduction in yearly overdoses and deaths caused by painkillers. Marijuana could contribute to a safer, healthier society and it’s up to the Pacific Northwest, Colorado and Alaska to showcase this nationally.